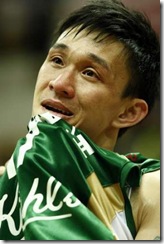 Dacin and Taiwan Beer didn't waste too much time. Both teams swept their opponents, PY and Yulon, 3-0 in the first round playoffs Sunday and were scheduled to meet in the 2009 SBL Finals starting Friday. 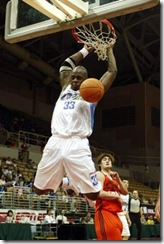 While Dacin's 3-0 sweep was no surprise for most people, it was beyond imagination that TB was able to keep Yulon in check throughout the series as most fans expected the series would have been a dog fight.

Yang Yu-min became the key man on consecutive nights, scoring 25 points to lead TB overcome a 13-point first half deficit for the comeback win. Yang, who averaged 19 points in the series, scored 15 points in the third quarter as TB closed out the game with a 13-0 run in the final period.

Tseng Wen-ting had 24 points, including 16 in the first half, and pulled down 9 boards. Yang Che-yi had 21 points.

Dacin survived yet another scare from relentless Pure Youth. In the end of the day, Dacin's balance attack was too much for PY as Tien led the team with 21 points. Import Byron Allen had 18 points and 12 rebounds. Chang Chih-feng and Su Yi-chieh scored 14 each.

Tsai Wen-cheng had 26 points, Wu Jian-long had 18 and 10 while Chien Chia-hong tallied 18 points and dished out 8 assists. James Mao scored 12.

Two sweeps later and here we are. Dacin will meet Taiwan Beer in the best-of-seven SBL Finals, their second showdown in the SBL Finals. In the 2006-07 season, third-seeded Taiwan Beer beat 4th seed Dacin 4-2 to win its first SBL title in team history. 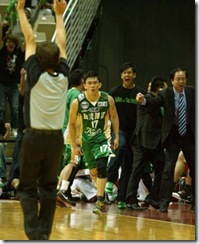 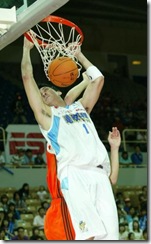