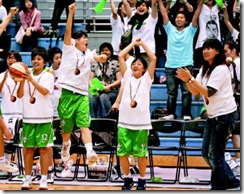 Girls from Yang-ming High School were not satisfied with just one upset win, so they decided to win one more.

The little-known school shocked the entire basketball community in consecutive days with a 47-43 win over powerful Hai-shan HS in the HBL women's semifinal Saturday and advanced to the final for the first time in history.

Yang-ming beat Tamsui Vocational HS in the quarterfinal round Friday.

It was quite a feat for a school which could only recruit "players other schools did not take, " said Yang-ming head coach Lee Tai-ying, whose ill father has been in hospital before the HBL playoffs.

The school located in Taipei City, which finished 6th-place in 2007 and 2008, will meet another Cinderella school Pu Men HS in the title game Sunday. Pu Men beat Hujiang HS 68-62 in the other semifinal game.

Pu Men, a southern school established by a wealthy Buddhism organization, also made it to the final for the first time after a third-place finish last season.

No matter what happens on Sunday, the HBL will have a new women's champion. For the past eight years, no schools other than Hai-shan, Tamsui and Jinou has ever taken the trophies home.

Hai-shan was looking for its fourth straight women's title before the semifinal loss, which snapped its 26-game winning streak. 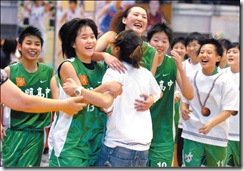 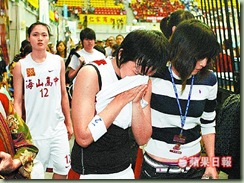 Hai-shan players after the loss. 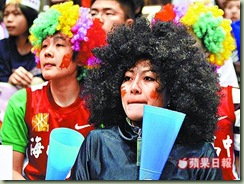 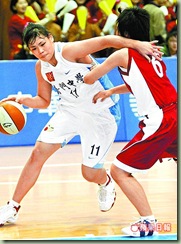 How many times you’ve seen monks in the stands? 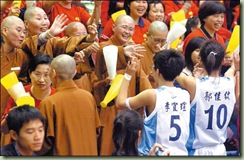