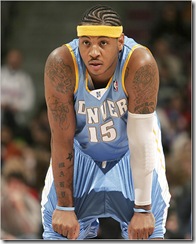 Chinese-language Apple Daily reported that NBA is staging an exhibition game in Taipei in October, the first time the American basketball league setting up a pre-season game in Taiwan.

According to the report, Denver Nuggets will meet Indiana Pacers on Oct. 8 at Taipei Arena, which has a basketball capacity of around 13,000. The teams will meet in Beijing again on Oct. 11.

Taiwan will be the third Asian country to land NBA exhibition games, following Japan and China, the report said, adding that details of ticket and game information will be announced next month in a press conference.

NBA Taiwan set up an All-Star Game featuring NBA players such as Gary Payton and Ray Allen in Taiwan in September 2001. The game was later cancelled due to the Sept. 11 terrorist attack.