Wu Tai-hao had 11 points to go with five steals and three blocks and led National Taiwan Normal University to its first ever UBA men's title in school history with a 84-62 rout over Chinese Culture University Thursday night. The 6-8 center became the first player in Taiwanese basketball history to win MVP honors in high school and college levels.

NTNU finished the season with a perfect 15-0 record.

The title game was almost declared over after 10 minutes, when NTNU jumped to a 16-3 lead at the end of the first period. CCU managed to cut the deficit to single digit several times behind Lin Ching-pang's three-pointers, but NTNU answered every time with a little run with its inside advantage.

CCU had a hard time scoring inside with Wu and Chien Chia-hong control the paint. Chien tallied 15 points and six boards while Cheng Jen-wei added 13 and 9. Point guard Su Yi-chieh had 14 points, 6 assists and three steals.

With the title, NTNU is finally no longer second best. It finished as runner-ups six times in school history, including 2004, 2005 and 2008 when it had current SBL star players such as Tien Lei, Ho Shou-cheng and Wu Yong-jen on its roster. 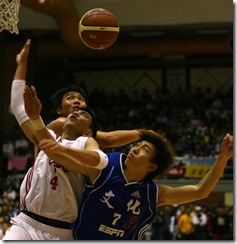 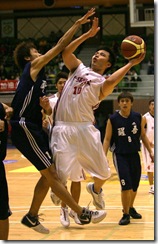 In the semifinal matchups, NTNU stomped Hsing Wu College 100-67. Chang Jung-hsuan led the team with 15 points while Wu Tai-hao and Cheng Jen-wei each scored 13 points. CCU used a 18-0 run late in the 4th quarter to break the game open and beat Fu Jen Univ. 75-57, reaching the title game for the first time in seven years.