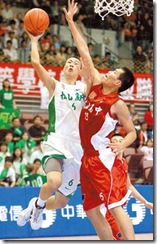 Can Song-shan win it all this year?

The Taipei City school is back in the final after 10 years and is eyeing its first ever men's title in school history. The 16th straight win and a perfect 16-0 season will do just that.

It's a long time coming. Skeptics kept saying that Song-shan was not able to win because it paid too much attention on defense and too little on offense. But as far as I know, defense wins games. Plus, it was probably the only way Song-shan has to play because it's always difficult for a public school to win the recruiting battle here. 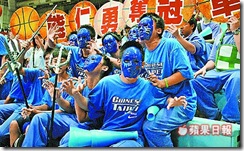 But maybe this is the year for Song-shan, which has produced so many talented players -- including Chen Hsin-an, Ho Shou-cheng, Hsu Hao-cheng and Hsu Tse-hsin -- before but yet to win a HBL champion.

Maybe this is the year Song-shan could shout out to the world and tell people that it is not just a school paying attention to defense, a trademark under head coach Huang Wan-lung.

Its offensive game has definitely improved this year. And it has defeated Nen-jen twice this year by the scores of 74-49 and 56-54. I would say Song-shan will be the favorite to win it all this year unless crazy things (see women's semifinals?) happen.

However, if Yang-ming HS can make it to the women's final, there's no doubt in my mind that Song-shan can hoist up the championship trophy tonight. They have my blessing.