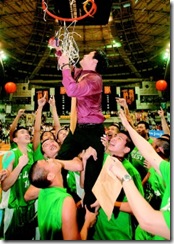 The monkey was finally off their backs. Song-shan High School used a 8-0 run in the last two minutes en route to a 69-61 victory over Nen-jen HS in the HBL championship game and won its first ever HBL title in school history. 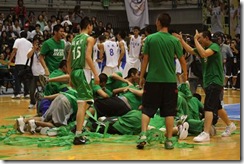 Which was a disgrace for a school that has been known for hard-nosed defense and has produced famous alumni like Chen Hsin-an, who was at the game Sunday night to show his support. Somehow, Song-shan always lost on buzzer-beaters, untimely losses and missed free-throws.

San yi-ching, a undersized 193cm center, was named MVP after a 16-point, 6 rebounds outing. He had 15 and 5 in the semifinal win over defending champ Nan-shan HS.

With a 13-point lead evaporated and the game tied at 61 all, Song-shan players showed a soldout crowd how determined they wanted to bring home the title this time. San Yi-ching scored on an offensive rebound before Shih Jin-yao's 3-pointer and Lu Kwan-liang's fastbreak layup. Shih then made one of two free-throws.

The scoring spurt in 60 seconds decided the outcome and put a footnote on Song-shan's spectacular undefeated season. This time they brought their A game when it mattered most. No more missed free-throws and outside shots. No more letdowns.

However, it seemed Song-shan was going to have another breakdown in the second half. "The Green Shield, " the school's nickname for its tenacious man-to-man defense, led 39-26 early in the third quarter but Nen-jen point guard Chen Kuei-hsiang drained four threes to make the game interesting. 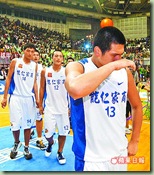 Chen Kuei-hsiang, who almost single-handedly led Nen-jen to a unbelievable comeback, made the last of his game-high six 3-pointers with six minutes to go to tie the score.

I still remember watching Song-shan players crying in the locker room after one of those heartbreaking losses. That is why my heart goes out for Song-shan boys and Huang Wan-long, a friend of mine. After all these years of blood, sweat and tears, they deserved this trophy. No more heartbreaks. 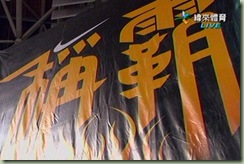 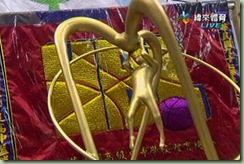 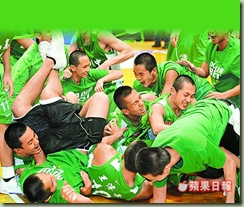 The Green Boys are enjoying their first title.