Taiwan Beer forward/guard Yang Ching-min won Most Valuable Player award for the month of February Tuesday. Yang, who is leading the league in scoring with 21.2 points per game, chipped in 22.8 points per game for the defending champion in February.

Yang received 31 points in the media voting and beat out Yulon center Tseng Wen-ting for the award.

KKL forward Chen Ching-hwan was named Baller of the Week Monday as he led KKL to a 2-1 week and averaged 16.7 points and 6.7 rebounds per game. The honor was the first major award this little-known 190cm forward has ever won during his basketball career. 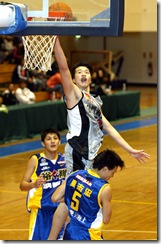 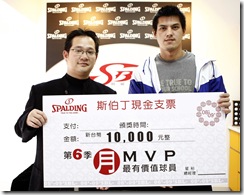