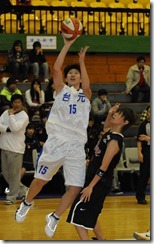 Defending champion Taiyuan Textile opened the 2011 WSBL season Jan. 10 with a 79-60 win over expansion team Applause Red Devils and followed with 84-66 win against Fo Guang the next day for a quick two-game winning streak.

Led by a pair of national team forwards -- Liu Chun-yi, who had 34 points and 12 rebounds and Tsai Pi-chen who had 11 and 11 -- Taiyuan had no problem against the Red Devils on opening night.

Former Chunghwa Telecom guard Wen Chi, who signed with Applause in off season, led the Red Devils with 25 points and 4 steals.

However, repeating will not be easy for Taiyuan because perennial Cathay Life returned to the league after a one-year hiatus.

Cathay Life, which had won 17 straight titles in Taiwanese women's league, withdrew from the 2010 WSBL season over what it claimed was a violation by Chunghwa Telecom in signing Chiang Feng-chun, a former Cathay Life star forward who came out of retirement. 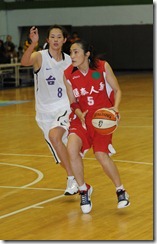 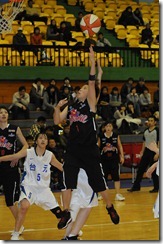 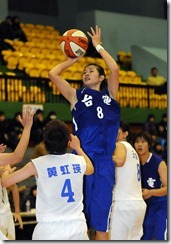