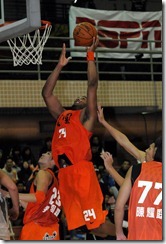 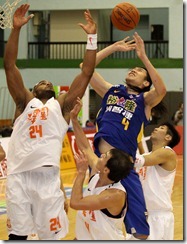 -- Yulon has been in a slump, having lost three of its last four games. According to head coach Zhang Xuelei, it probably had to do with the unclear status of starting center Tseng Wen-ting, whose contract with Yulon will expire on Jan. 15. Tseng is said to possibly sign with Shanghai Sharks of the Chinese league CBA.

-- On the other hand, newcomer Wu Chien-lung, who played with PY last season, has fit in well with Yulon in the power forward position. Wu is averaging 8.4 points and 8.6 rebounds per game.

-- Pure Youth import Rashad Jones-Jennings has turned in three straight 20-20s in the last three games, reportedly the first player to accomplish the feat in SBL history. (Although I doubt it. Former PY import Jon Sanders was probably the first one to do that? Anyway, I'm not sure.)

Jones, a former NCAA Division I rebounding champ, is averaging 18.1 points and 20.6 boards per game.

-- TSNA news agency reported that BOT import Jason Faulknor sustained a pretty serious back injury in a game against Dacin last week and is currently in rehab. Faulknor probably needs a surgery and a rehabilitation period of six months. He did not play tonight against league leader Taiwan Beer. According to TSNA, Faulknor is signed through the end of March and has expressed his wish to stay in Taiwan for rehab. However, BOT has started to look for replacement. 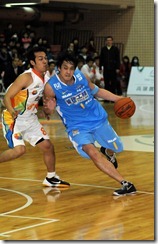 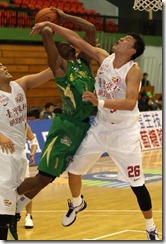 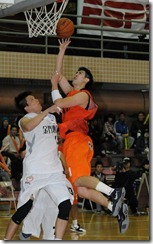