Delvin Thomas back with Taiwan Beer 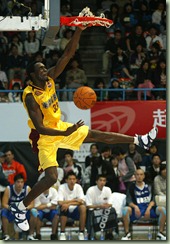 Local media reported that former SBL import Delvin Thomas, who previously played with ETSN, will be back to the league with Taiwan Beer.

According to SBL veteran Jon Sanders (link), Bank of Taiwan is looking at Jeff Jones from Bay Area. Jones is a friend of Sanders.