186cm sophomore guard/forward Froeschi Louis is expected to lead Pintung High School in the second round of Taiwan's High School Basketball League (HBL) in its quest for the lost glory.

After sitting out his freshman season, Louis made an immediate impact this year, leading the league with 21 points per game in the preliminary round. Starting today, he will try to take Pintung HS to the elite eight.

Before all these, however, Louis became famous because he looks a lot like the U.S. President Barack Obama. Check out these photos. 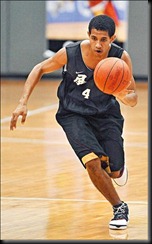 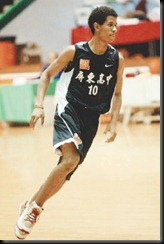 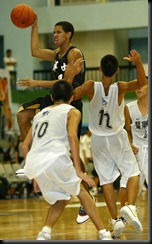 Louis, who has an Austrian father and a South African mother, came to Taiwan with his parents in 1998 after his father decided to move here to study Buddhism. Louis enrolled in a junior high school established by a Buddhism organization and became, like his father, a vegetarian and found his love for basketball.

Later he transferred to Chih-cheng Junior High which has long been known for its basketball program. He didn't get to play in his freshman year in Pingtung HS because of the HBL has a player registration maximum and he was not ready to play.

I'm not sure what kind of player Louis will be, but he's definitely an interesting player to watch.