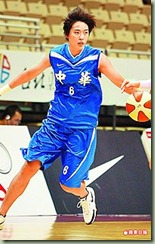 Chiang Feng-chun, one of the best players in Taiwan and widely seen as one of the best forwards in Asia, came out of retirement and joined Chunghwa Telecom, it was reported.

Chiang surprisingly announced her retirement last February at a young age of 28. One year later, she caught everyone by surprise again by joining Chunghwa Telecom and is ready to play in the upcoming WSBL season to go up against her former team Cathay Life, which has won 17 straight Taiwan women's league titles.

This is a controversial move, however, as Taiwan's women's teams have an unwritten -- and bizarre -- rule of not accepting players from other teams. Cathay Life is expected to protest against Chiang's return.

Traditionally, Taiwanese women's teams start paying players from when they're in junior high schools all the way to universities, which means almost all those players will attend the same junior high, high schools and colleges.

Since the teams invested millions of dollars on these players, they are "owned" by the teams. Their contracts are supposedly life-long contracts, at least that's what the teams think.

Ironically, every team still tried to recruit players or retired players like Chiang from other teams and controversies rose every other years.

Since 2005, teams had reached an unwritten consensus that players have to wait two years before signing with another team. Cathay Life claimed Chiang had violated the consensus. 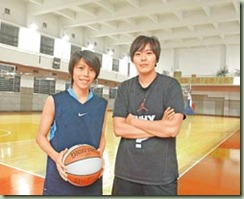 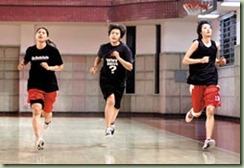 Chiang is practicing with Chunghwa Telecom