The 2010 SBL season will tip off January 9 in Miaoli, a central town in Taiwan. 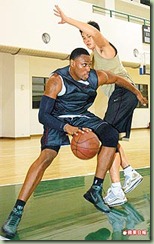 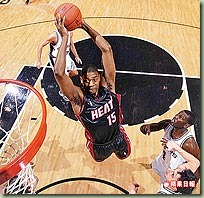 The SBL has decided that all seven teams are allowed to hire imports for the new season. If I'm not mistaken, the height limit will be 6-7 and the maximum monthly salary will be US$10,000.

6-7 forward Jonathan Sanders, 28, will be playing for his fourth team in the league. Sanders signed with Pure Youth after spending the previous three years with Videoland, dmedia and KKL, respectively. Sanders led his teams to the playoffs in all three years.

6-7 forward Byron Allen, 28, who helped Dacin Tigers to its first SBL title in team history last season, will stay with the team.

Meanwhile, Taiwan Mobile is holding its pre-season training camp in Korea and will test its import Vincent Grier there. Grier, a 6-5 forward/guard out of University of Minnesota, played for NBA's Miami Heat, Minnesota Timberwolves and Washington Wizards in the pre-seasons from 2006-08.

According to media reports, Bank of Taiwan, KKL and Yulon are still looking for import players. Yulon is not expected to sign any import soon.

Deadline for import signing is Feb. 28.