Taipei, Jan. 9 (CNA) American Jonathan Sanders had a rare "20-20" -- 20 points and 21 rebounds -- on the opening day of the Super Basketball League's (SBL) new season, but it was not enough to propel his team to victory, as Pure Youth Construction lost 81-71 to the Yulon Luxgen.

The game, held in the central city of Miaoli, kicked off a 105-game regular season, which observers predicted will be dominated by foreign players, as all seven teams were allowed to hire foreign players this year for the first time in the league's seven-year history.

At the same time, several big-name local players have headed to China for bigger paychecks to play in its professional basketball league.

Sanders, who is playing for his third team in three years in Taiwan, helped Pure Youth to a 43-38 halftime lead with his all-around skill.

But three-time SBL champion Yulon, which lost top player Chen Hsin-an to the Dongguan franchise in the Chinese league and is the only SBL team without a foreign player on its roster, decided to prove that foreign reinforcements weren't necessary.

The team rallied in the second half with a strong attack from behind the three-point arc to turn the game around.

Chou Shih-yuan made four of six three-point tries and scored a game-high 22 points, while Yulon limited Pure Youth to 11 points in the third quarter and extended its lead to 10 with three minutes remaining.

The SBL, established in 2003, is Taiwan's top basketball competition. Currently there are seven teams in the league. 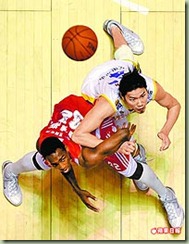 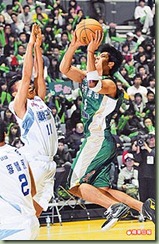 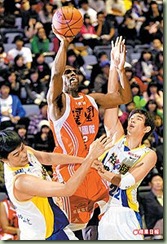 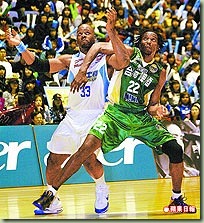