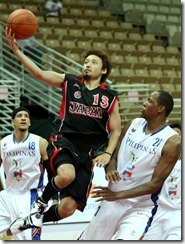 Resting less than 15 hours after the overtime win over Taiwan Sunday night, the Philippines fell in the hands of Japan, 84-74, Monday in the 2010 William Jones Cup basketball tournament.

The result could be crucial to the final ranking for both teams, which are now tied at 3-2. Japan is scheduled to meet Taiwan University All-Stars Tuesday in a game that heavily favors the Japanese while the Philippines will take on Lebanon, which is now 4-1, in a tough battle.

Back to the game, Japan enjoy an advantage of having a "bye" day on Sunday over the tired Philippine team. A 7-0 run early in the 4th quarter increased Japan's lead to double-digit before the Philippines managed to pull within four, but that's the best they could do.

Marcus Douthit once again led the Philippines with 20 points to go with 21 rebounds. Marnel Baracael had 24 points. Japeth Aguilar and Japan's Takuya Kawamura both sat out the game.

"There's no enough time for us to rest and be in game condition after the game wnet into overtime last night, " said Philippines head coach Rajko Toroman. japans head coach Thomas Wisman also admitted that his team was able to pull it off in the final period because of better stamina.

In other games, Iran defeated Taiwan University All-Stars, 97-65, with no problem. Lebanon routed Crocs 81-52 with Jackson Vroman sitting out the game. 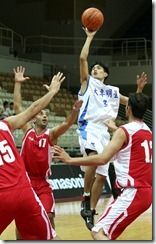 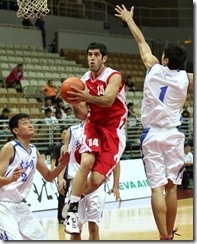