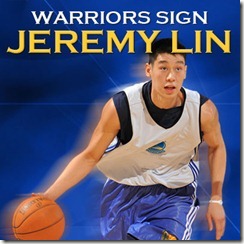 OAKLAND, Calif. (AP)—Jeremy Lin took a seat in a small room in front of an array of television crews, photographers and print media on Wednesday afternoon. He’d never seen anything like that at Harvard.

“This is unbelievable,” Lin said after the Golden State Warriors signed the undrafted free agent guard. “I’ve never been part of something like this.”

He became the first Asian-American player signed by the Warriors since 1947. In an area with a large Asian population, Lin becomes an instant celebrity.

“I consider myself a basketball player more than an Asian-American,” said the Bay Area native. “I’m ready to play at this level and I appreciate the support of the Asian community. This is a dream come true. I always wanted to be in the NBA and now I get to do it with the Warriors, the team I grew up watching.” 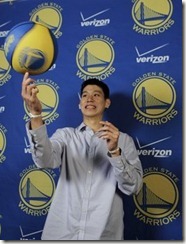 The 21-year-old Lin averaged 16.4 points, 4.5 assists and 4.4 rebounds per game as a senior at Harvard. The season was highlighted by a 30-point, nine-rebound performance against Connecticut.

Lin is from nearby Palo Alto. He led Palo Alto High School to a state championship in 2006.

“This has not sunk in yet,” he said. “I’ve had a lot to think about the last 12 hours and I still can’t get my head around it. Growing up I had my Latrell Sprewell poster and Joe Smith(notes) jersey.”

Lin became a prospect during his final year with the Crimson and furthered his worth playing with the Dallas Mavericks’ summer league team in Las Vegas.

Mavericks president of basketball operations Donn Nelson called Lin before the NBA draft and offered him the opportunity to play in the league. He was originally scheduled to play in the San Francisco Pro-Am League.

“Donn Nelson took care of me,” Lin said. “He invited me to July 4th festivities, brought me to Dallas for a 10-day training camp and went out of his way.”

Lin became the first Ivy League player to record 1,450 points, 450 rebounds, 400 assists and 200 steals. He finished his college career as Harvard’s all-time leader in games played (115) and fifth in points with 1,483 points.