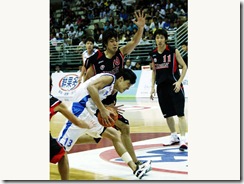 Tien Lei displayed his best form in more than a year, scoring 21 points and pulling down 8 rebounds, and led Taiwan to a 77-74 win over long-time rival Japan in the opening game of the 2009 William Jones Cup tournament.

Korea survived a scare in a 75-73 win over short-handed Kazakhstan, which was down to nine players after losing three to injury prior to the tournament.

In front of cheering and chanting Filipino crowds who are mostly oversea workers currently working in Taiwan, Jordan showed why they're the defending champions in a 90-59 massacre of the Philippines. Lebanon also showed no mercy in the 93-61 rout of Taiwan 2nd NT as star forward Fadi Khatib scored 32 points in less than three periods.

Taiwan 77-74 Japan
Tien Lei walked out of the injury shadow that has been hampering him for over two years Saturday night, shooting 5-of-9 from three and displaying mobility that has been lost after his stress facture injury.

Tien looked very comfortable and explosive in the game. He was everywhere. He scored, rebounded and helped out on defense, which is a good news to Taiwan NT.

Taiwan took advantage of Japan's fatigue. Japan NT, which played in the NBA summer league, did not arrive in Taipei until early Saturday.

Powered by Tien Lei, Taiwan jumped in front early in the game and led by seven at the half. Another run increased Taiwan's lead to 19 in mid-3rd quarter.

Japan twice cut the deficit down to one point in the final quarter before Yang Chin-min rose to the occassion, scoring three crucial buckets on a jumper and two fastbreak layups.

Korea 75-73 Kazakhstan
Korea used a 24-17 third quarter to tame short-handed Kazakhstan, who was down to nine players after losing Anton Ponomarev, Yegor Biryulin and Alexandr Zhigulin to injury.

Lebanon 93-61 Taiwan 2nd NT
Inexperienced Taiwan 2nd NT had no answer to Fadi Khatib, who scored 10 straight points late in the first quarter as Lebanon pulled away the score early, leading by 31-17 after the opening quarter and never looked back.

Khatib had 21 points in the first half and 32 in the game. Rony Fahed also contributed 14 points.

Jordan 90-59 Philippines
Zaid Alkhas had 21 points and 8 rebounds as Jordan dominated a much-anticipated game throughout, routing Philippines 90-59 in front of cheering Filipino fans.

Philippines was able to keep up with Jordan in the first quarter by trailing only two. The second quarter was another story. Everything went wrong for the Philippines in the period, during which they shot 1 for 15 and scored only four points. 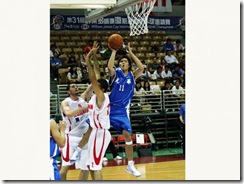 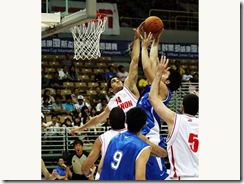 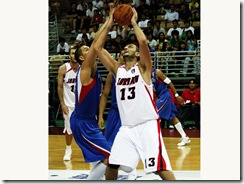 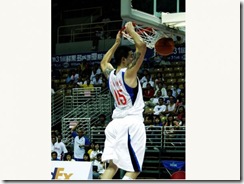 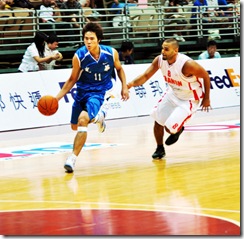 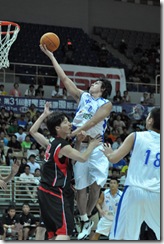