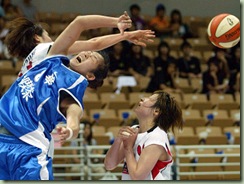 Ma Yi-hung missed two free-throws with 6.4 seconds to go as Taiwan lost a 61-60 heartbreaker to Japan Monday while Korea routed Malaysia 107-54 to go 2-0 in the four-team tournament.

Taiwan and Japan engaged in a seesaw battle all game long as expected. Chen Yi-feng's three-pointer with 83 seconds to go put Taiwan back on top 60-59 before Japan made the last push.

Yoshie Sakurada put Japan back on top on a fastbreak layup with 15.1 seconds remaining.

Ma Yi-hung, who twisted her right ankle one day before the tournament, was fouled on Taiwan's last possession and had the chance to decide the outcome. However, she missed them both as Japan pulled down the last rebound.

Sakurada led Japan with 18 point while Ryoko Utsumi had 16. 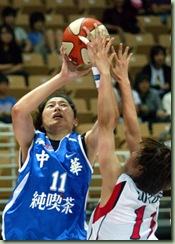 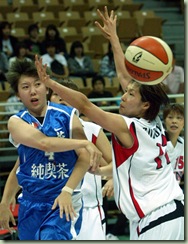