Lebanon opened the game with a 10-0 run before Taiwan closed in to tie it at 19 all in the end of the first quarter. Led by Jackson Vroman, Lebanon went ahead and led by as many as 17 in the first half.

Vroman tallied 35 points, including 21 from freethrows, and 17 rebounds. Taiwan could not stop Vroman and sent him to the freethrow line 27 times. Brian Feghali had 18 and 8.

Taiwan center Tseng Wen-ting returned from injury. Tseng had 14 and 7.

Taiwan cut the deficit down to eight in the second half but that was the best they could do. Head coach Chung Kwang-suk said Taiwan actually played some good zone defense in the game.

"We would have had a chance if our three-point shots were dropping, " he said. Taiwan was 6-of-25 from three in the game.

Kazakhstan opened the game 7-0 and launched another 13-0 run. Japan didn't make a basket until the last two minutes. Surprisingly, it only trailed by six in the end of the first quarter and even tied the score at 20 all.

Alexandr Tyutyunik's timely outside shots paced Kazakhstan to a 41-32 halftime lead and was never threatened thereafter. 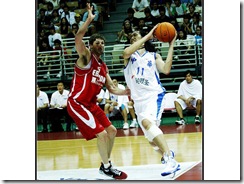 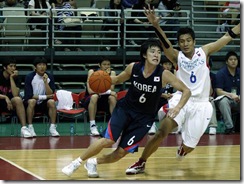 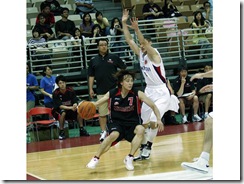