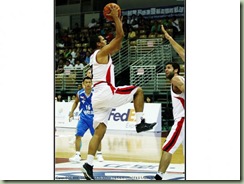 Taiwan was humiliated by Jordan 111-64 and suffered its first loss in the tournament. The halftime score was an unbelivable 61-28 and Jordan outrebounded Taiwan 60-15 in the game.

Anyway, this game was a total disgrace for Taiwan. 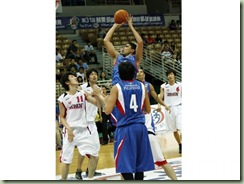 Down by as many as 18 points, Japan never gave up and Philippines paid the price for their carelessness. Japan rallied in the final quarter and upset the Philippines 87-85.

Philippines led 27-12 after the first quarter. Japan cut the deficit to four at the half and kept bouncing back, finally taking the lead in the 4th period. 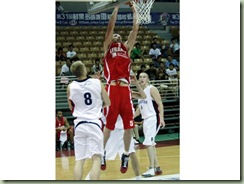 Unhappy with the officiating, Lebanon and Kazakhstan both threatened to boycott the game with 15.8 seconds to go in the first half. After a negotiation, finally they brought the players out of the locker room.

Lebanon beat Kazakhstan 77-73 in a chaotic game. Lebanon boosted its record to 3-1 as Kazakhstan remained winless.

Jackson Vroman, who didn't join the team until Tuesday, had 24 points, 8 rebounds and three blocks in 40 minutes.