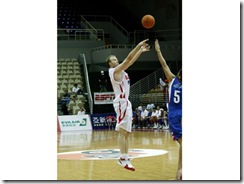 Philippines shot themselves by tons of turnovers. And Lebanon's inside strength was too much for Philippines to overcome as Brian Feghali and Jackson Vroman led Lebanon to a 95-83 victory Wednesday.

Lebanon stormed out of the gate with a 30-19 first period and dominated the Philippines from the first minute. The best Philippines could do was cutting the deficit down to four before Lebanon pulling the game away again.

Taking advantage of its powerful frontline, Lebanon had 32 free-throw attempts over Philippines' 15. Philippines committed a whopping 27 turnovers in comparisons to Lebanon's 12.

Feghali led Lebanon with 29 points and 10 rebounds and Jackson Vroman had 24 points, 7 boards, 4 assists and 5 steals.

Jayjay Helterbrand led Philippines, which registered only one win in five games, with 12 points.

"We actually lost to ourselves by committing too many turnovers and fouls, " said Philippines head coach Yeng Guiao. 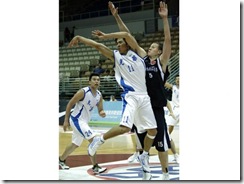 Taiwan 2nd NT won the battle of the winless teams, beating Kazakhstan 82-69 behind Jet Chang's 28 points and 7 rebounds for its first win in the tournament.

Taiwan 2nd and Kazakhstan were both 0-4 before Wednesday.

Jet Chang, who has been disappointing so far, had his best game in the tournament, making 10 of 17 shots. Lu Cheng-ju had 14 points and was 4-for-4 from three.

Vsevolod Fedelkin led Kazakhstan, which was down to eight players, with 25 points. Kazakhstan players were tired in the final quarter and were not able to keep up with Taiwanese, Fedelkin said. 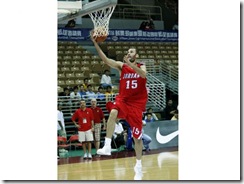 Jordan outscored Korea 21-8 in the deciding third quarter and cruised to a 83-67 win to become the sole undefeated team in the nine-team tournament.

Korea was out of synch in the game, committing 16 turnovers and missing 20 of 27 three-point shots. 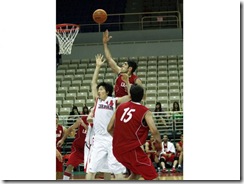 Iran had a stunning 11-0 run in the opening 3:30 and Hamed Hadadi took over the second half en route to a 12-point victory over Japan, which is now 1-3.

Despite trailing for most of the game, Japan tied the score at 39 all in the 3rd period. 7-2 center Hadadi then went to work, scoring all his 18 points in the second half. Nikkah Bahrami had 19 points for the winner.